Should you hire a coach to run a marathon?

Just a note before you start reading! This blog you are seeing I've written for the company Wedo. Wedo is an app launching soon that you can use on any device you have. If you’re annoyed about that horrible long process you go through to contact, do an online class and get payed by your clients, then you have to check Wedo out. It allows you to do all of this in the one app in a seamless way. If you are teacher, coach, or a tutor in any shape or form and would like to be one of the first ones on the platform, make sure to sign up to test the app!

What exactly is the fascination with the marathon distance? Why would anyone want to run 42 kilometers, or 26.2 miles? Have you always been a distance runner? What type of coaching have you had to help you get through the distance?

I have been asked these, and many other questions over the last few decades. Sometimes the answers are easy, sometimes I struggle to find the answers myself. But I can pinpoint the exact moment that my fascination with the marathon distance first started and the moment that I decided to be a marathon runner myself, and they were almost five years apart.

I did not even know about the concept of running a marathon until the Montreal Olympic Games in 1976. In Olympic tradition, the marathon is the last event before the closing ceremony, and on that Sunday evening I watched the race live on television at my home in London and was completely mesmerized and in awe of the athletes that not only completed the distance but ran at a pace just below five minutes per mile. I read about the athletes and their stories, but knew that I could never accomplish what they had achieved.

Almost five years later, on a cold Sunday morning in 1981, I watched the running of the first ever London Marathon that started in Greenwich Park, just a short distance from my home. Although I lived close by, again my experience of watching that race was on television, and I felt the same sense of awe as I watched the winners of the men’s and women’s races cross the finish line on Westminster Bridge; but this time I felt some very different emotions as I saw the event unfold. Instead of a limited field of less than 100 runners of Olympic caliber, I saw thousands of people of every age and ability, successfully finishing the marathon distance. I made a pact with myself and proudly announced to my family and friends that, “I will be there at the starting line next year”.

On the morning of Sunday 9th May 1982, I stood at the starting line in Greenwich Park, surrounded by thousands of other like-minded people, about to run that great distance. The atmosphere was electrifying, with total strangers shaking hands and wishing each other luck on their journey. At 9:30 AM, Prince Charles fired the starting gun and our journey began.

But what exactly got me from the warmth and comfort of my living room to that iconic moment? There were books and magazines on distance running, but knowledge was scarce and hard to find. I followed a training regimen that was published in Running Magazine, which centered around one long run each week, which I always did on a Sunday morning, over a six-month period, the weekly long runs gradually increased to a distance of 20 miles, two weeks before race day, with runs of varying shorter distances during the week. I did not belong to a club, I did no cross training, no weight training, no stretching, and did not allow enough recovery time between runs. I ate too much pasta and not enough protein. Amazingly I was able to train injury-free and achieved my goal of completing the distance in under four hours. I did not wear a watch and relied on the digital clocks every five miles, and my instincts to regulate my pace. As I approached the finish line on Westminster Bridge, the time on Big Ben showed me that I was three minutes ahead of my goal. For many people, running a marathon is a once-in-a-lifetime experience and they are happy to hang up their finisher’s medal and running shoes. But for me, marathon running had become a lifestyle in which I have made lifelong friends. I had already registered for my second marathon before completing my first and have completed a total of 26 marathons in three countries.

I have made a lot of mistakes along the way, such as running three marathons in a year, which does not allow sufficient time for the physical recovery, but more importantly, does not allow time for the mental and emotional recovery. I found my race times getting slower and injuries becoming more frequent. I took a two-year break from marathoning.

Seven years after my marathon debut, I found myself living in New York City, had joined a running club and loved running laps of Central Park. That was also the time I discovered the concept and benefits of group coaching. Until that time I was completely self-taught and confident in my abilities, but lacked the mentoring of people with more experience than me, that could help make me perform better. Tuesday night running classes became a life changer for me. Whether they were held in the biting cold and snow in February, or the repressive heat and humidity in August, I diligently showed up to do speed workouts, hill workouts, or whatever the coach had in mind. Each session started in a local school hall, with gentle stretching exercises, followed by a slow run to the workout location; and finished with some very disciplined stretches at the end of the workout. I soon incorporated these protocols into my own runs. I had always trained based on the principles of LSD, not the hallucinogenic drug, but the concept of “Long Slow Distance”. Speed workouts are for sprint training, right? Wrong! Incorporating short sprints into my training regimen helped build stamina and trained my heart rate to regulate itself better on the longer distance runs. I learned the enjoyment of running one marathon a year and running it well, and my times improved dramatically. In 1993 I ran my best race in a time of 3 hours, 7 minutes and was consistently finishing in the top 7% in my age and gender group.

In the late 1990’s and early 2000’s I had moved to California, got married, started a family and focused heavily on my professional career. I continued to run for fitness, but I could not make the commitment to marathon training as I had done in prior years. I had run a couple of slower marathons in 2002 and 2004 and reluctantly accepted that the ageing process would naturally slow me down from my proud accomplishments of prior years. A business friend living in Hong Kong, a few years younger than me, was also a marathon runner and was training to run the marathon in Seoul, Korea in 2006 in under three hours. He told me one day, “I hired a coach who pushed me to spend hours at the track, and it’s really paid off”. He achieved his goal and finished his race in 2 hours, 58 minutes.

In 2008, twenty-six years after my first race, I registered for the Sacramento Marathon and hired a coach, who called himself “Marathon Matt”. He would only work with a client for a minimum of three months, so I engaged him for 16 weeks to help me prepare for my next conquest. Each Friday, I met up with Matt at the track at Kezar Stadium in San Francisco. He taught me the concept of a dynamic warmup, and some new cooldown exercises. Similarly, to my friend in Hong Kong, Matt put me through some challenging workouts on the track, typically consisting of 800 Meter repeats, each one a few seconds faster than the one before. He trained me to focus as much on my form as on my speed. I never realized that efficient arm movements and maintaining good lateral posture would shave valuable seconds off of those laps. One fun aspect of those training sessions was that Matt himself was also registered for the same marathon. I completed my race in 3 hours, 40 minutes and Matt finished exactly one hour ahead of me in 2 hours, 40 minutes. But it was not about him running against me, it was all about him running against the distance and me running against the distance and we were both winners that day.

Coaches are invaluable, and are passionate and knowledgeable about their subject. No matter how experienced you are in your professional or recreational life, knowledge and concepts are developing all the time. It’s impossible for us to be experts in everything, but every time you hire a coach, you will learn something new, and the coach will refine his or her skills by taking you on as a client. We can all be lifelong learners.

Find out about my coach! http://www.sanfranciscorunningclub.com/team/matt-forsman/ 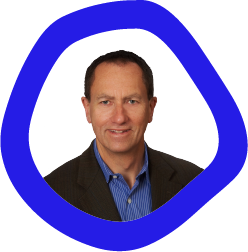